The ProfiShark offers an alternative way of capturing. It is available in the Capture tab of the ProfiShark manager. 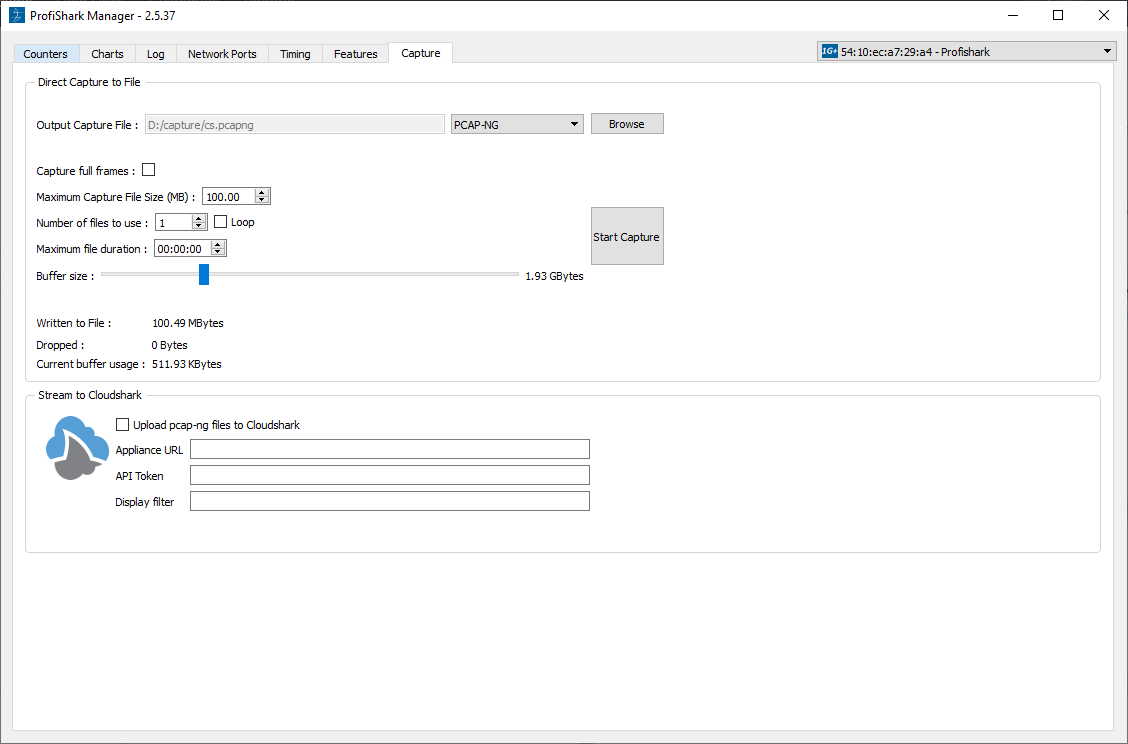 Direct capture is a high-performance capture mode, which doesn't require any third party capture driver.
It natively contains the hardware timestamp, original packet length (on the wire), captured length and source port without the need of a dissector plugin.
Bellow is a 100MByte capture sample, the packets rate on the line is 1.490.000 packet/s in each direction (full duplex wire speed). All packets are captured without any drop and with the exact delay between them. 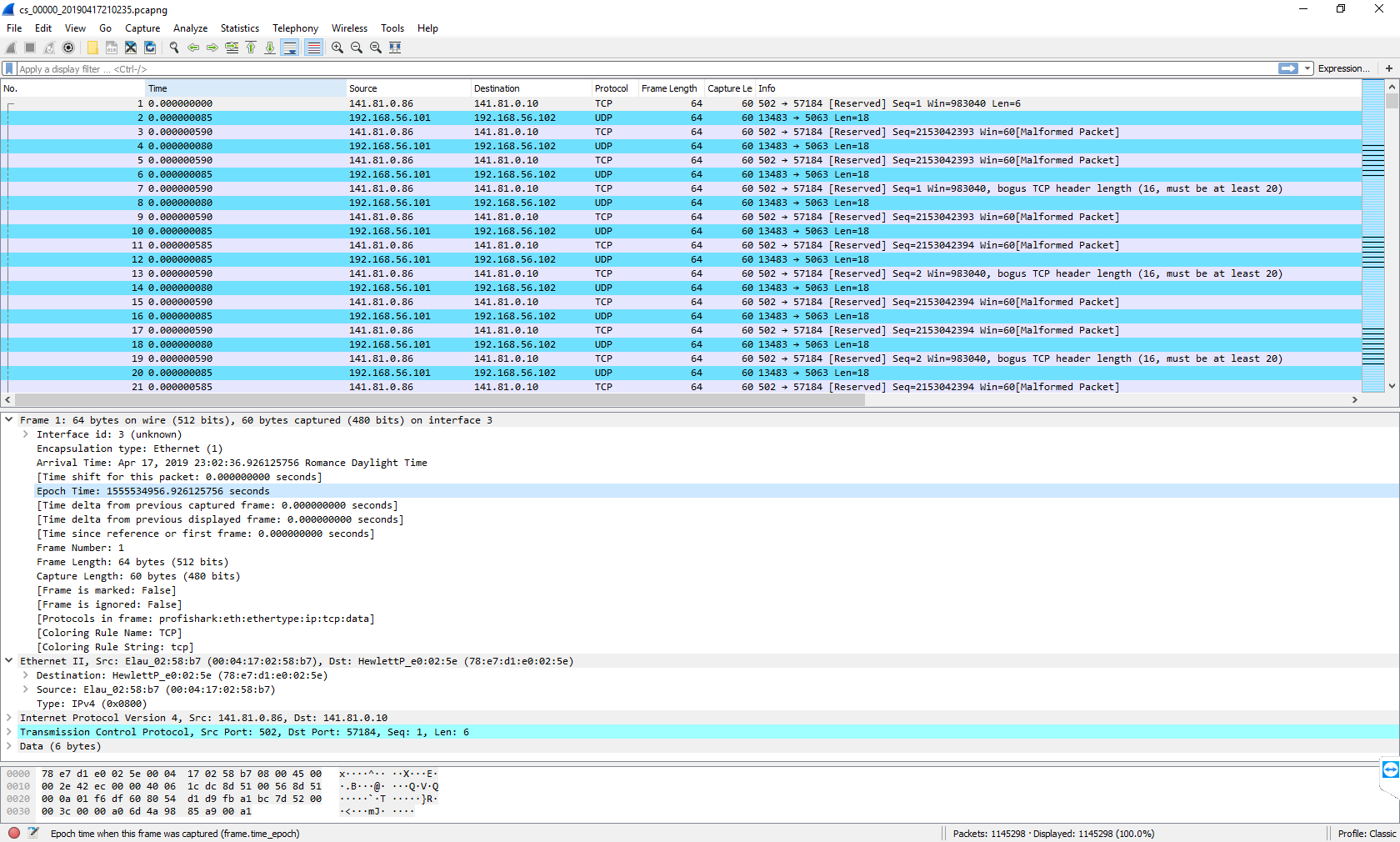